What To Do With a Music Performance Degree 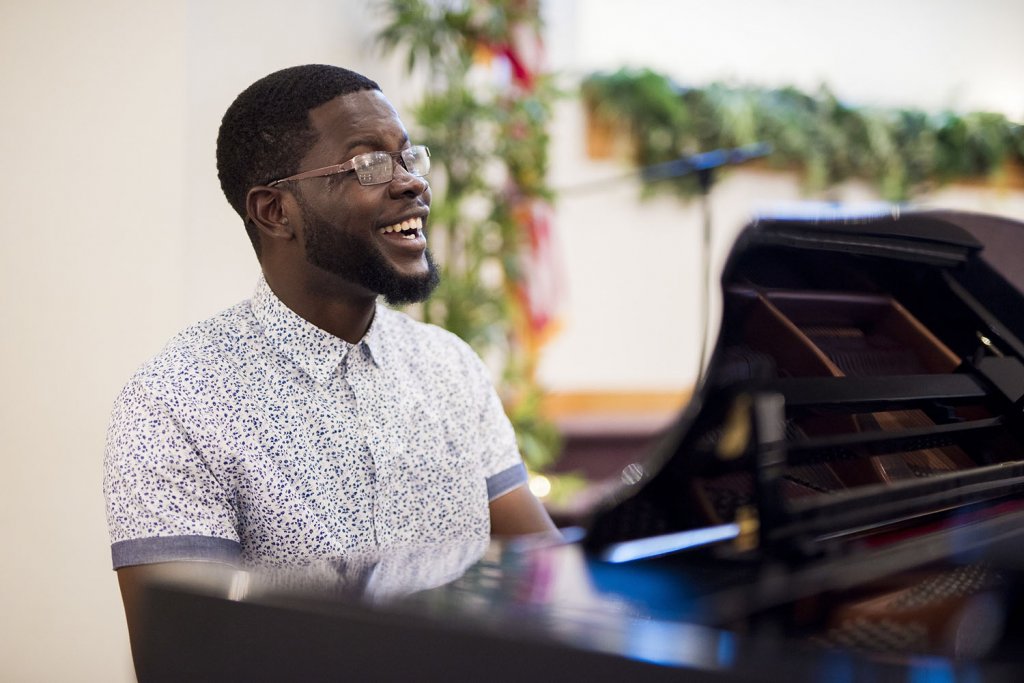 Do you love music and wonder what it would be like to perform?

Do you want a career that will allow you to express your creativity, while still having the opportunity for professional growth and security? If so, then a Music Performance Degree might just be right for you.

In this blog post we’ll talk about a few different paths available to those with degrees in Music Performance.

A music performance degree provides education and training necessary to make a musician versatile, and provides the skills needed for a sustainable career in the music industry.

In addition to that, there are many things that have come up in the musical world where you will only be able to take a certain job due based on prior training from college.

Many of us during college probably wondered,

“When will I ever use this?”

This could be sight reading, or this could be a genre of music you don’t like. And then five years later, you’re actually able to pay rent because you know, you can do one thing or the other.

A good example would be our drum division head Mitch Poland.

He went to school for jazz drumming and now he’s teaching music theory. A good chunk of his income is from music theory and he does confess that while he was in college he was in music theory class and did have the same thoughts quite frequently.

Below are are two more important questions:

Is A Music Performance Degree Worth The Time And Money?

This depends. Are you somebody that is going to practice long hours?

If you’re the type of person who:

Then no, it may not be worth the time and money.

Some people need a little bit of extra training and others need time to develop. We always assume that we know what we know.

However many of the tools that are used every single day are things that some would not have learned by themselves.

The fact is most of the things musicians make money from right now are things that they would have said no to as teenagers.

Korey Hicks plays and makes a living with the top country act in Dallas Fort-Worth, Texas, and every person in the band has a music degree.

How Much Money Do Music Majors Make?

The sky’s the limit, of course, because music doesn’t have a set salary.

Let’s say that if you play in a reasonably popular cover band, you can make probably $40,000 a year doing that.

Or let’s say you do studio work, you can make thousands of dollars per session. Songwriters obviously are going to get royalties.

The money you make would be dependent on the individual. Of course some of those jobs won’t require a music degree.

However, it’s important to have a degree if you ever want to teach at the college level or want to be taken seriously as an academic professional.

For many musicians, their music career was kept afloat by teaching private lessons.

Careers With A Vocal Performance Degree

You have the musical theater realm at the top, like Broadway, then you have the classical side of it, which could be more operatic performance.

This is more, I would say – niche.

For instance, a lot of these guys aren’t mic-ed, so you have to have a pretty robust and full voice to be able to pursue that. There’s a lot more education that goes into this niche since most of them have a master’s degree in vocal performance.

That’s a choice that some vocals have, and that direction you deal with a lot more kinds of classical types singing.

Then of course you have modern and contemporary vocal performers.

These singers are mainly recording artists. They’re the ones who are the major pop performers and they have to be able to record really well.

A choral conductor is somebody who has vocal skill and the ability to demo or display, but not necessarily to the same degree that of a vocal performance.

They have a strong conducting skill and a really excellent ear to be able to hear little nuances, especially in group type settings.

A choral conductor is someone who’s fairly good at managing and is very good at conducting as well. It is a definitive skill that has to be worked up, the ability to lead.

They’re gifted in commanding larger groups of singers as well as choral singing.

It’s a much different type of skill than a singing performer.

An acapella singer simply means unaccompanied – a singer is completely by themselves.

Technically speaking, acapella singers are individuals who are part of an a capella choir.

So it’s a choir without a piano, an orchestra, tracks or anything else  that backs them up.

An acapella singer is an individual who literally doesn’t use anything except his own voice for himself.

There is this kind of dichotomy between the two worlds. There’s a classical world and then a band-oriented, jazz based world as well.

This is the contemporary world (commercial contemporary) versus the more classical realm.

That’s why there’s language used as a short description of a modern contemporary singer, but think of it just as a versatile singer.

At the end of the day, someone who can sing stylistically – and in many different ways – is an excellent modern singer.

They purely use their voice as their method of communication and art, and tell stories extremely well. This is someone who almost seems lost when singing, because what’s more important is the story that is then being told.

Careers With A Piano Performance Degree

Most professional pianists have music performance degrees and usually perform as a soloist, with singers and other musicians, or they will be a part of a band or orchestra.

Other careers include teaching others how to play the piano and keyboard.

Solo pianists are the most common and can be found anywhere from opera halls or jazz clubs to the church, and even funeral homes.

These musicians specialize in a “complete sound” that makes up for the lack of presence of other instruments.

Solo pianists are most necessary in smaller venues or occasions where affording a full band is too expensive.

Collaborative pianists know how to operate in a band/group setting especially where much less standing out or improvisation is required.

Some common places for these pianists are blues clubs or culturally themed bars and especially churches or orchestra halls.

These collaborators know how to blend smoothly alongside other musicians and even other pianists. Though the playing technique seems much more “laid back” at times than the solo pianists, the goal is to create a seamlessly nuanced piece of music in concert which is usually much more complicated.

A music therapist typically works in a clinical setting, schools, and hospitals to use music to aid in healing individuals.

From children to the elderly patients, music therapists work with clients that deal with abuse, mental health issues, and more to improve their emotional and physical well being.

Technically, this job is not considered a music performance career but they are primarily engaged in music or musical activities.

Careers With A Music Composition Degree 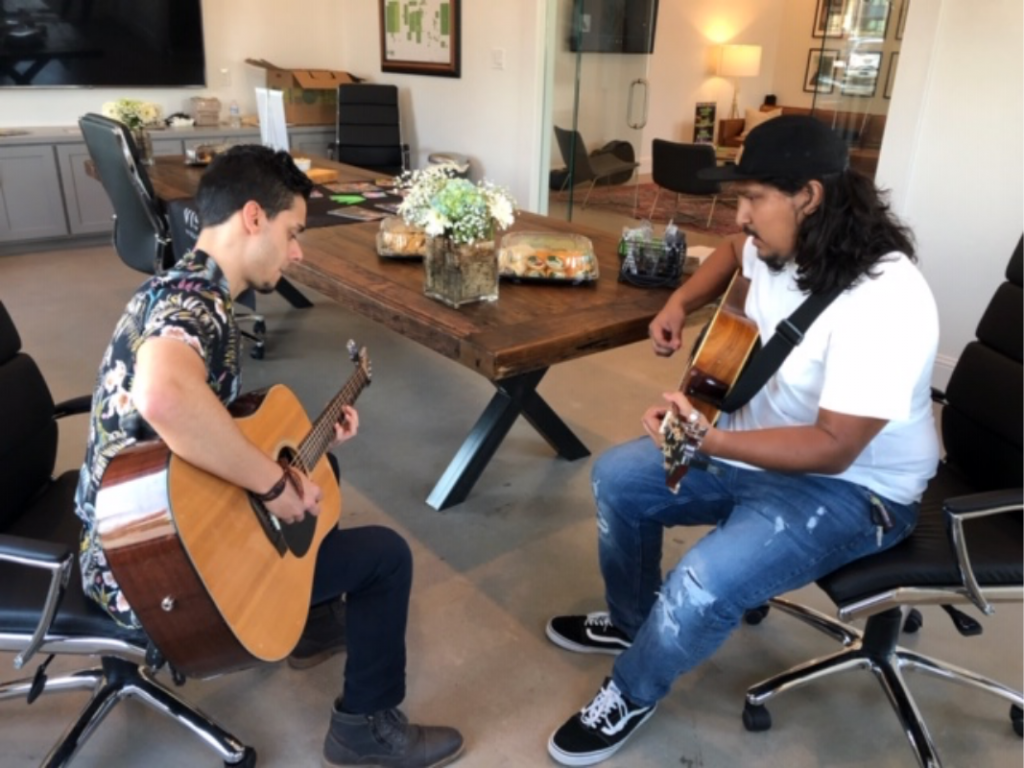 With a music composition degree you can write for theater or movies.

You could also write stock music that people can purchase online for intros to their podcasts or for commercials. Songwriting goes along with music composition and is a very large field.

There are some extra skills necessary if you’re going to get really deep into writing music for film or video games. There’s jazz composition as a degree, and we also had film scoring as a degree.

A composer is someone who thoughtfully writes music with a complete understanding of all the instruments in the band.

What’s the difference between a songwriter and a composer?

A songwriter may sketch out a chord progression and lyrics, but they don’t know how to play any of the instruments, though of course it’s possible.

Typically, they may not even know how to write for those instruments.

For example, a basic sketch of a song and they bring it into the studio and it’s the studio musicians who take that information from the lead sheet and they turn it into music.

Music scoring for the media in musicians’ terms is the “gig above all others.”

This is where the big bucks come in.

Your favorite TV shows all have a contracted scorer behind their excellence. The specialization here is not just to perform, but specifically to arrange according to scenes and genres. Even most marching bands have a scorer who puts their shows together in an exciting form.

This is the hardest music scene to get into because “the open doors are few & pickings are slim”.

Those who are fortunate enough to score professionally are the unsung heroes of the industry.

A music educator would be someone that helps someone learn a foreign language.

Music is a language and a music educator is somebody that would teach them that language from the bottom up.

It’s common to spend eight weeks on one song and then play it at a recital. Then the next eight weeks another song played at the recital. That’s not a music educator.

They are also interested in your performance skills as it relates to improvisation for fitting into a band.

Music is a field that’s full of opportunities and we want to help you find the right one.

If you know your passion, it can be easy to figure out which degree program is best for you.

We explored briefly some things you can do with a music performance degree related to vocal, piano and composition. Do some more research about other careers that weren’t covered, and chat with us if there’s anything else we can do to make sure your decision is an informed one!

Learn More about how you can earn your degree in the field of Music Performance and Modern Music with various specializations as part of your coursework from Visible Music College.