The Importance of Music Rehearsals 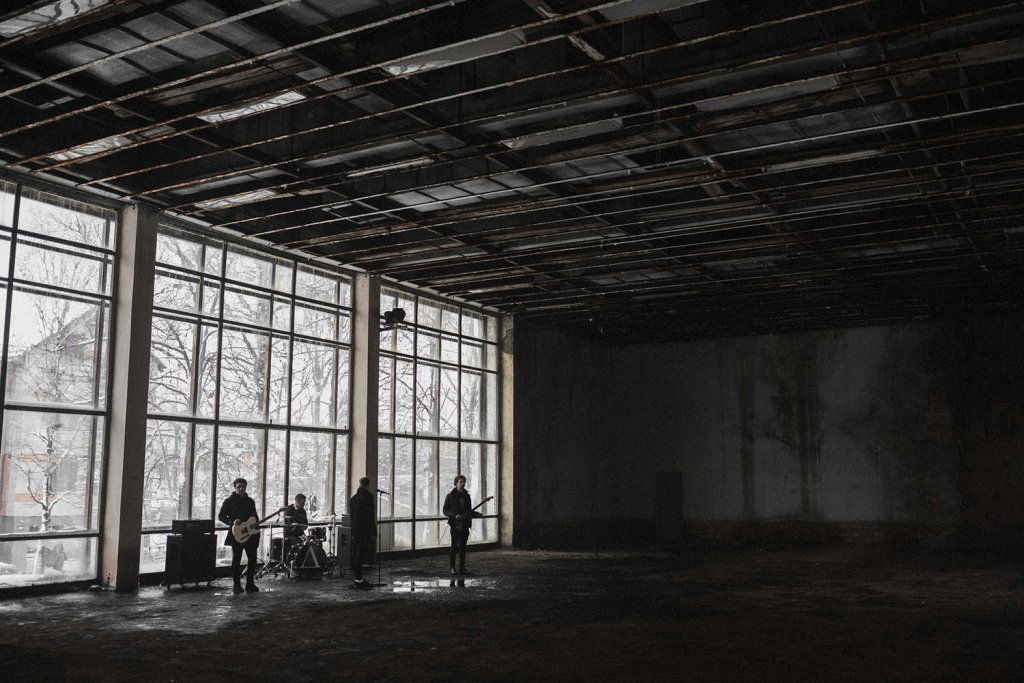 I was once in a worship band that attempted a worship song live on a Sunday morning for church that was an original arrangement and timed to start with a drum machine. We had a rehearsal that did not go too well and yet I thought we could pull it off.

Well, I could, but the team fell apart working with the loop within the first few seconds and were unable to get back on track! That became the least worshipful moment of my worship leadership career but an important lesson: a great rehearsal makes for a great performance.

The Overall Purpose and Importance of Music Rehearsals

The primary importance for rehearsals is this – for the band to get the parts they have practiced in sync with each other.

Everyone should already know their part well on their own, but rehearsal brings the chance to hear it together, tweak sounds, feel the groove together, and imagine the song as it will be for the audience.

Reaching A Final Version Of The Show

A rehearsal should be a complete and finished version of the show. The finished version is there so that the band can get comfortable enough with parts and sound together without thinking about it, so they can then perform freely.

Musicians that are preparing for a live show, recording, or tour should evaluate carefully how much rehearsal time is needed and ensure everyone involved understands the goals and cost of the rehearsal.

Yes, evaluate the cost of rehearsal. This step is crucial since it is usually far greater than most musicians realize.

Think about it – rehearsals involve many people taking time away from other things to bring their specific skill set to bear on a designated task.

Sounds like work and for many musicians aspiring to go full-time consider pay for rehearsals non-negotiable.

There are tangible and intangible costs:

Moving from the “friends in the garage” stage to the professional performance stage can be hard, but rehearsals have always cost something.

When you are just jamming and making fun music and knocking around some new tunes, it seems like all fun and no work, but as soon as there is real performance being planned for and prepped for, it is costing time and energy at a new level.

In fact, I propose that every rehearsal from the beginning of a new combo to real tour prep, be analyzed and prepared for the true cost in attendance and previous practice of parts.

Careful Planning For Productivity and Enjoyment 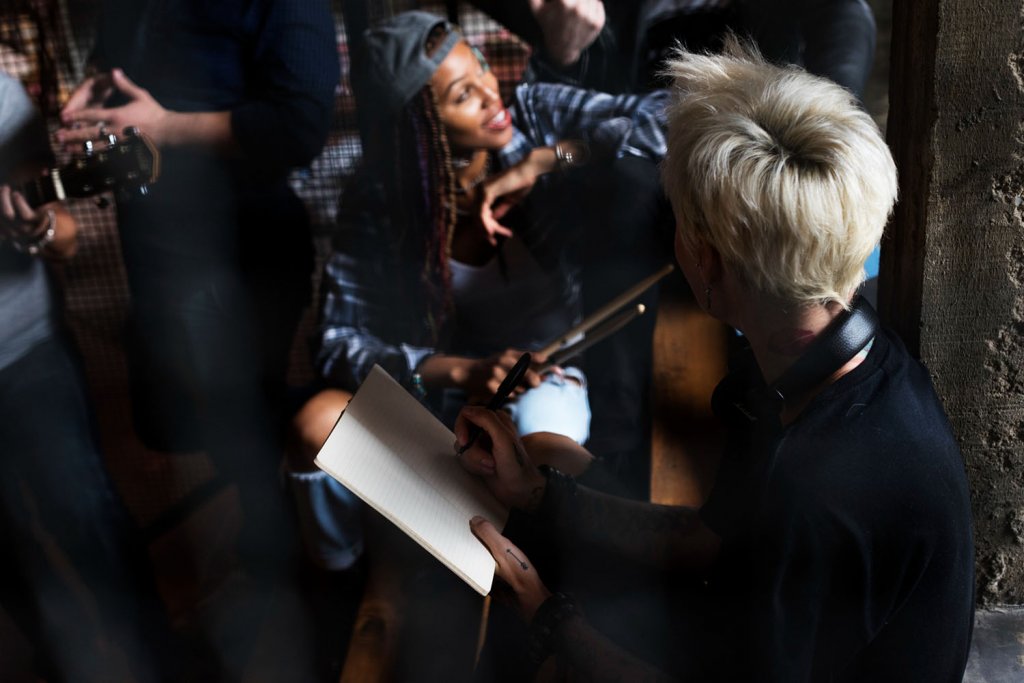 If you care for your band and team to stay aligned and stable, you will treat every rehearsal like a real job, albeit fun times too.

Recognizing the sacrifices that people make (even if still unpaid) to hold rehearsals together is a vital piece of camaraderie and opportunity building.

All these things (both costs and opportunities) add up.

This is why it is so important to keep rehearsals productive and streamlined to what is required to accomplish – so have a plan (and therefore make it enjoyable)!

Rehearsals Are Not Practices

Practice is the rote repetition of a skill.

The Details In Dedicated Practiced

In music, this means “getting it in your fingers” or putting physical touch to passages and whole songs, often piece by piece.

Musicians read the music, or listen to the track, or read the tab, and play through from beginning to end.

Where there are places of difficulty, the musician runs back over those in detail and could spend hours finding just the right string location, place in the body and mouth, and mental connection to solidify the part.

Great players and singers have some familiarity with how to approach different styles and experience to more quickly know themselves in the context of the piece of music. They prepare by intoning long held notes, running scales, breathing and posturing, and exercising both the physical and mental muscles for the job they are about to do.

The Practice Before Rehearsals

Kirk Whalum, Grammy winning saxophonist, spoke at Visible Music College once and emphasized the strength of his performance is deep in the long held notes of the practice room.

So your personal practice time is preparation for rehearsals with others. Each person is contributing time and energy BEFORE rehearsal.

Even early in a group’s career building, dedicated practice for skill and execution makes for great combined rehearsals to get feel, groove, timing, and stage readiness.

Each musician has the responsibility to practice detailed parts to get it in the body, then a responsibility to get that body to every rehearsal on time and ready, then to give every effort to make rehearsal as close to performance level as possible.

Except for the few rare occasions, audiences and engineers do not want to see or hear a non-rehearsed extemporaneous piece of music in space. They are paying to see a well rehearsed and “sounds like the record” moment.

Maybe a “jam band” audience craves unique newness, but still they search for a much rehearsed chemistry and great practiced skill level from their musical heroes.

Likewise a new musical group should practice parts at home, rehearse effectively together as if it was a show, and bring their best product to the studio or stage.

Rehearsals catch all kinds of mis-practiced detail, blend instruments well, and set up visual cues and transitions that audiences want to see and hear at live shows and on records.

There is also a last opportunity to go a new direction with the song as musicians give good rehearsals time and communication.

Engineers in the recording studio and front of house at clubs and venues can tell how much professionalism the band is going to have from the amount of time they have spent rehearsing and knowing what to do and when to do it.

Professional experience comes with time but effective rehearsals saves time and energy for exciting performances and stellar recordings. At each stage of the journey, spend time planning, detail executing, and communication follow through for best quality shows and music releases.

The Key Components That Make A Good Music Rehearsal

Depending on the duration of the show and the time allotted for rehearsal, I typically follow a run-through/detail/run-through sandwich for rehearsal.

For instance, if the group already knows a certain amount of the content or has a long rehearsal for a short show, that is significantly different from the most common scenario.

Typically, the team has a short amount of time for a complex show. If you have an opportunity for more rehearsal for a shorter performance, then plan it!

First, rehearsal begins on time with everyone tuned and ready for downbeat at the time planned for rehearsal to start. That’s pro and expected. I like to begin with a run-through of the show from top to bottom in real time with as best performance together cold as we can muster.

Unless there are egregious errors, we take notes on run-through and get ready to hit pieces of the show where there are difficulties. My most common experience is that there ARE serious issues with each song, which requires the team to run-through 2-3 times, as sparingly with sections as possible, before moving on.

This is not ideal, so individual practice ahead of every rehearsal makes a huge difference!

Either way, a general run-through could show where there is more preparation and we could shortcut further work on some songs. A first run-through with as few repeats as possible is ideal and a good idea of what we would present to an audience without further rehearsal.

Notes are taken, tempos discussed, set list tweaked, and a few songs pulled apart for the detail part of rehearsal. Here we would run sections of certain songs slower or:

The final section is the final run-through.

By now, we should have a group dynamic that predicts a close version of the show that will be presented. During the final run-through, everyone should:

Check out Music Gateway’s complete guide for rehearsals as part of a full band which includes tips for remote rehearsals.

I suggest rehearsal times and expectations be communicated well in advance and reminders sent a couple of days before and then the day of the rehearsal as well.

Make sure everyone responds with an RSVP so you know they know the times and expectations – no surprises or conflicts! Send out charts and set list preliminaries ahead of time and in a format that is easily readable. Check in with the musicians to make sure they received this and are aware of the schedule and plan.

I suggest using a group text or email thread so communication of basic questions and logistical answers are shared and jointly understood. Getting everyone’s assent to the plan is essential and, like an adventurous outing, preparation is paramount!

Be Disciplined Yet Encouraging

Tell and ask and remind and be positive.

Always start on time, even if you just need to stop after a minute and get more things settled. This keeps the drift of later and later start times from the beginning and reminds everyone that you do mean what you say with regards to rehearsals.

Following a defined pattern that is clear, run through songs and make sure to get feedback from everyone on every song, making sure that any questions or problems are revealed and expressed – and resolved if possible. Take your time but continue the work throughout the rehearsal time, setting time afterwards for food and drink and hangout time, unless you’re going for several hours.

Breaks are common but should be between whole set run-throughs and with clear definition for restart and goals for each section. Communication is vital throughout and you may have to reword some questions to make sure everyone understands what is being asked and who it affects. A lot of psychology goes into caring for the players and also pushing friends toward a common goal with finesse and clarity.

Remember to thank everyone for their effort, for being on time, and for all behaviors you want repeated. You are the leader so you must demonstrate capability, personal practice ahead of rehearsal, and great communication – hopefully with a positive attitude!

If you can leave a rehearsal with an inspiring sense of accomplishment together and a camaraderie around music performance, you have achieved a great thing with friends and colleagues and can expect a better show with little hindrance in communication and participation from all.

A rehearsal is a little like a small job, a friendly outing, or even a dinner party – it requires a measure of grace, invitation, organization, and detailed communication to be successful.

And once the importance of music rehearsals is embraced by everyone, it can truly be enjoyable for all members.

Whether you study music in college or are already in the industry, rehearsals are always labor, but it should be fun too – it’s music!

Learn More about how you can earn your degree in the field of Modern Music with a Various Music Performance concentrations from Visible Music College.