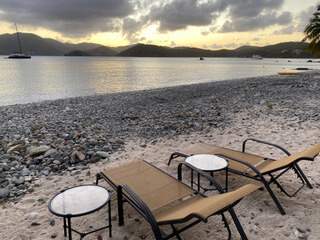 Posted at 10:55h in Blog, Music Is Important by Ken Steorts 0 Comments
0 Likes

Music from the Shore and the Creator

The shores were alive with the sound of music.

As a musician, I am constantly attentive to the sounds around me. Babies crying, people shuffling papers, machines whirring, HVAC running, and every rumble of traffic. This past week I was in Coral Bay on the island of St. John, part of the US Virgin Islands, and I heard birds. Very different sounding birds came hoo-hooing and cheet-a-cheeting to my screen window at all hours of the day and night. Maybe I’m used to the southern United States insect noises obscuring the evening birds, but the surprisingly present music of the little winged creatures was pleasant and intrusive simultaneously. Hoo-hoo and cheet-a-cheet. A couple of times the birds carried on tunes for an album length (think vinyl records) of music, seemingly in concert.

It was a pleasant distraction from the human engineered sounds of the city and ships and engines. When you explore more quiet places and listen intently, you will hear the music strains playing the were created by the Creator. The real sound of natural music in the hills, the valleys, and the shorelines of the world. Maybe they will create a song just for you in that space, one you have never heard before and a music that is far from your troubles rather than compounding them with canned and constant music pumped into shows, stores, and cars.