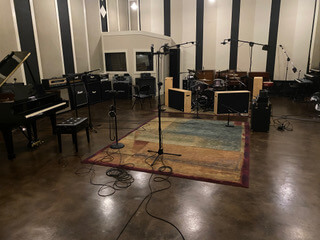 Posted at 13:25h in Blog, Music Is Important by Ken Steorts 0 Comments
0 Likes

Is It Important To Play A Little of Everthing?

I interviewed a young musician this week and he plays everything. Many a young musician has told me “I play a little bit of everything” when I asked them their instrument. Not a few, but many over the twenty one years I have been running a music college. They mean it as an accomplishment and I am supposed to be awed like their friends are when they tell me this. I am not awed. A very few people can actually excel and adequately perform live music on many instruments. They are savants, outliers, creative people engineered by God. They are awesome.

Most people who play a little of everything do exactly that – they play a little bit on each instrument. Now, they may have a bit of talent in following music and some natural rhythm – enough to cause non-musical friends to encourage them to play multiple instruments on stage nightly – but they do not play these instruments like people play them, usually. Again, some real multi-instrumentalists exist, but not because you can play guitar AND bass AND keep beat on drums. I can do that. Averagely. And I did this week at American Studios. I played each part of the percussion parts on a fun worship song and layered some good things with my sometimes new found skills. I played the Steinway piano on one song and discovered some new parts in there because of the sound.

I do enjoy the variety of infinite sound combinations in how you perform every instrument, which is a nuance a lot of people do not get to appreciate without experience hearing it so precisely in a recording studio. Precision is what makes the studio player a rarity rather than an averagely. So, play on, people, as average as you like, but sometimes you don’t actually “play everything.”