10 Tips On How To Be A Full-Time Musician 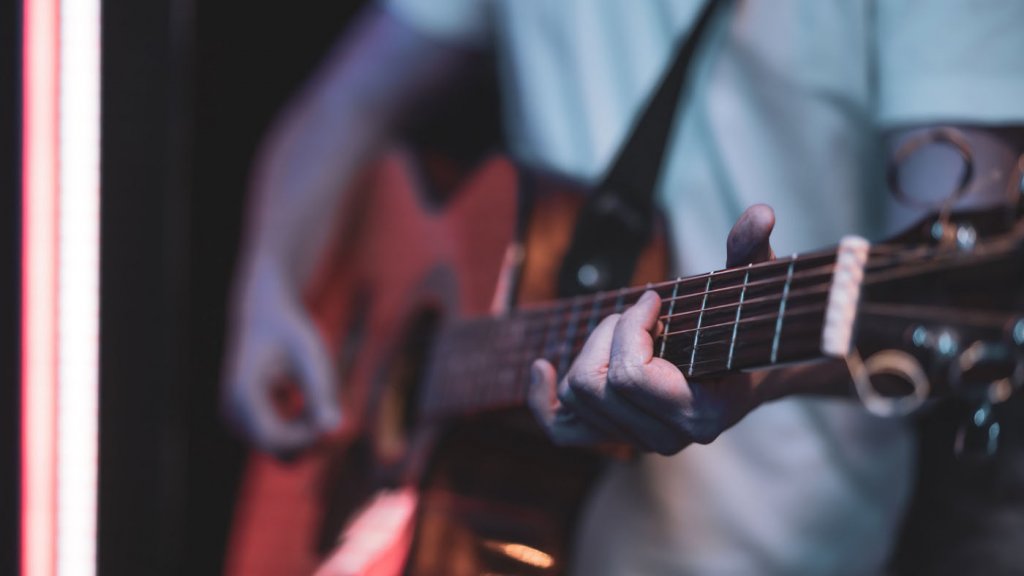 I never considered how to be a full-time musician as a kid, but I started playing music when I was around 10 years old and then I didn’t take it seriously at all until years later. Once I started to take it seriously, I only did music and basically nothing else.

Since then I’ve played over 4,000 gigs since 1999 and I’ve had the opportunities to play at some of the biggest stages in the world.

The late 90’s is when I started teaching and it had already become a large part of my living. I had over 60 students a week that consisted of half-hour private lessons.

What does it mean to be full-time as a musician?

Full-time typically means you don’t need to supplement your income with something else outside of music.

Not many musicians do it all for just performance. Even famous names will have recording sessions or they will do various types of studio dates for demo gear, Youtube videos, or teaching.

Robben Ford is my favorite guitar player who is very influential to me. He still has to supplement his income with teaching even though he has played with Miles Davis and George Harrison.

Being a full-time musician is really about having multiple income streams that all have to do with music.

Full-time as a music teacher would be enough to support yourself if you have over 30 private lessons a week, which could be considered full-time. It’s not necessarily a 9 to 5 ofcourse or normal work week, because most musicians put in a lot more than 40 hours a week.

Tip 1 – Practice and be versatile

When it comes to landing gigs, it is important to be versatile and establish a repertoire.

One of the problems commonly seen in young musicians today is that they don’t know a lot of songs.

It’s not uncommon for a professional musician to know over 3,000 songs and it usually blows them away because they have to hit the ground running to learn more.

If you want to move to New York and be a jazz musician, you need to know all 500 tunes in the rule book in all 12 keys before you think about going. It’s not about talent, it’s about having the resources and techniques necessary to quickly learn different styles.

How can you plan right now and become a full time musician? You have to practice and should be practicing 8 hours a day.

It’s not practicing writing songs, it’s about working on your skills.

Why do most musicians fail? Usually, because they think being a professional musician is all about being famous.

It’s not about a Rock ‘N Roll dream, but about creating a sustainable career from a bunch of different sources. They don’t understand the amount of work that goes into being a full-time musician.

In music there’s no room for failure. You have to always sound good and always be ready for a gig. Most fail because they don’t put the effort in on things that are important, for example spending time creating their look.

Other musicians fail because they only focus on their own music.

Ultimately, songwriters don’t just pull things out of the air to write a hit – it’s based on things they’ve heard before.

Tip 3 – Be A Resourceful Musician

Absolutely, because you will have to support yourself or your family based on your music or instrument.

You will have to become very resourceful and take gigs you may not want to take because you have to pay the rent.

It is difficult but it is also very rewarding and enjoyable. It is completely doable if you diversify yourself.

Musicians make money mainly from the education side.

COVID-19 presented an explosion of people wanting to play music again so lessons are a good way to make money.

Gigs don’t pay a lot if you’re an original act. On the other hand, it does pay well if you can play covers or if you’re hired to play in someone’s band.

Original music with streaming and Youtube is not a very viable way to make money. We’ve all heard people getting millions of plays on Spotify and getting a check for $15. It can’t be about that hit song anymore.

Even though being a musician is really hard work and can be a very difficult journey, musicians can generally be happy with their career because they chose something they enjoy doing every single day.

A career in music can be very rewarding when you are doing it for the right reasons.

Music itself brings joy to musicians as well as other people.

Tip 6 – Put On A Realistic Mindset

A music career can be realistic but some of it depends on your personality type.

If you can sit in a chair for 4 hours running scales then absolutely. You have to develop your craft and then you can develop your songwriting catalog afterwards.

If all you’re doing is writing your own music to  “make it” – then a career in music is not realistic.

Some young people come in with “I want to be a Pop Star and write music like that and I’m not gonna do anything else but focus on that “.

In summary, being a full-time musician is possible depending on what side of music you want to be on.

So is it worth it? Becoming a musician is worth it If the music is inside of you.

It will force you to put in the time and the effort to do what it takes to be successful. If you’re just doing it to be famous then it’s not worth it.

A good motto would be, “There’s no Plan B”, which means don’t give yourself a way out. If all you do is music then make sure to get really good at it, be resourceful, and willing to make some sacrifices.

If you’re thinking about it late in life, it will require a ton of work.

Adult students, around 25 and older who have never played music before, would have lost so much time and all the development stages of learning and creating music as opposed to being an adolescent.

Musicians usually avoid burn out because they are constantly working on music of different genres.

The best advice to avoid burn out if you come across it is to change your focus.

For example, let’s say you’re practicing scales for the day, but you are not really feeling it.  Maybe you can focus on the beauty of the tones or the sound of a new amp you just purchased. Maybe you focus on your left hand this practice and your right hand on the next. Even though you’re doing the same activity, your focus is different during the practice.

Burn out is common, so some musicians opt to take intermittent breaks.

The daily priority of a musician is to practice. If you don’t have all your music together (meaning your technique together) then there’s no real reason for anything else other than improving your technique.

Another priority would be to network because it’s vital. It’s different these days, but playing with other musicians would broaden your technique as well.

Korey Hicks has been a part of the house band at Cowboy Dance Hall and Billy Bob’s Texas, which is the world’s largest Honky Tonk in Dallas. I have also opened up for Willie Nelson and REO Speedwagon. Of those gigs, I’ve played a wide variety of genres -from pop, rock, country, blues, and jazz in order to make a living.